I started to sail in a rubber dinghy. 8 years old. My family was motorboat people, weekends and vacations we went out in Stockholm archipelago with our motor boat and I really enjoyed it. Then I took our small rubber dinghy, you really cannot name it as a rib, it wasn't. No engine, a couple of oars. Yellow and red. I took a bath towel, a green one I remember, tied it to a branch, rowed towards the wind and had a run into the shore. Over and over again this windy day. The year after my parents bought a plastic dinghy that could be sailad, a Jofa dinghy. I had much of fun with that. 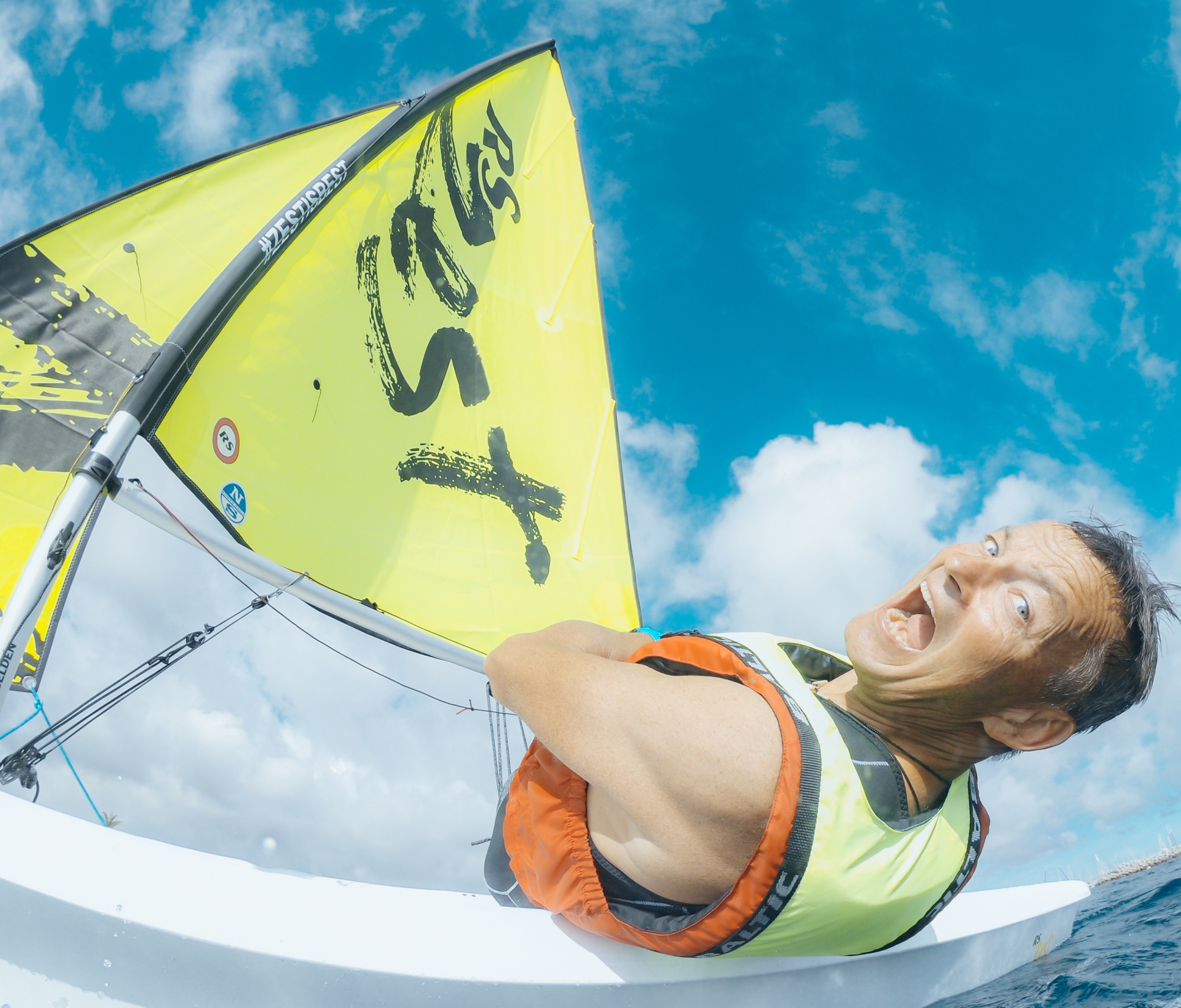 When I got my first income 14 years old I bought a bigger dinghy, a Pirate, used a lot in Germany. It was a mahogany dinghy though it had an iron centerboard but with no much weight. Main and jib, and actually sleepable with a tent on the boom!
When I was sexteen I bought an International Moth. The Moth is a construction class and by this time, and I did buy an old Moth, it looked more like the Europe does, but in wood and the cockpit wasn't selfdraining.
I upgraded the year after to a Moth with wings, the type was a "Chelsea morning", the Moth types really has some odd names, or had at least. One of my Moth friends took me to the Worlds (this was 1981) in Harderwijk, Holland. I finished 51st out of 58 boats bot it was a great adventure!
Many Europeans and Worlds followed, Sweden 1982, Eastbourne 1983, Holland 1984, Switzerland 1985, Ratzeburg Germany 1986, Sweden Hunnebostrand 1987, Hythe, UK 1988, Ratzeburg (again) 1989 and then Åkersberga, Sweden, my home arena 1992. I didn't win, not even close. I was best 11'th in Europeans and 18'th in the Worlds. But sure I had fun and I learnt a lot. 1996 was my last Moth year and I won the Nationals that year. J
The following years became more keelboat sailing, both cruising and some racing. Dinghy sailing was more done during the courses I gave for kids and friends.
I started the commercial sailing school Sailstar 2010, as a hobby project. I had done a lot of sailing courses at the home club for many years but few weeks per year. The boats, optimists, wasn't in the best condition so to the 2010 season there was the option to start a commercial sailing school and purchasing new dinghies. We bought 4 RS Fevas, a safety boat and started with the sailing school but this time all the Swedish season long, which still isn't so long, mid of May to mid of September.
Sailstar is now operating with dinghy courses, midsize keelboat courses, large sailing yacht courses in Stockholm, Sweden. A couple of weeks in the spring and autumn we run courses on large yachts in Croatia and now we have set up our sailing center at Tenerife for the winter season where we sail dinghies, both for basic courses and for club and group trainings.
It took me 19 years until I started racing with dinghies again, now in the new class RS Aero. Fantastic! So good to race dinghy again and even that the fact I now are old(er) I do think that I sail better than when I was 20... I hope. I do enjoy it. A lot.

To start sailing a sailing dinghy is the best option for you that wants to be a good sailor. All, really all, good sailors have started with dinghy sailing and it is always possible to go up in size, but go down in size from keelboat is not just to do...
Read more about where to start sailing at Sailing schools in the menu to left.

What class should I start with?

Good question! How old are you? What other dinghies do you have around you where you sail? Do you want to sail singlehanded or doublehanded? Monohull (one hull) or multihull (two or three hulls, i.e. catamarans and trimarans)? What level of sailing are you aiming for? There are many types, as you see on this web page. The usual answer is to buy a dinghy that is common at the club you are sailing (if you are sailing at a club, that is.) But there are more answers to this question! If you have the possibility, try many different dinghies.

In general not. But you must be able to swim and also to be able to swim in the open ocean, with waves. And use life jacket/life west, preferably wet suit should be used even in relatively warm waters. And have respect for the wind and for the water. Make sure you tell someone that you are going out on the water and for how long. Best is to always have a friend or a coach in a boat but that isn't the case all the time. Check the weather forecast!

What is a dinghy and what is a keelboat?

The general explanation to that is that a dinghy has a centreboard, or a daggerboard. The board has no specific weight, no iron or lead in the centreboard. So itself doesn't give you any uprighting help. Actually the opposite. A keelboat has a keel that has a weight, usually the keel itself and/or a bulb connected to a keel made of steel or lead. That keepes the boat upright. But there are a lot of exceptions to this, some dinghies do have heavy centreboards, some keelboats has lifting keels.

Sailstar arranges dinghy courses for adults in Stockholm and at Tenerife during winter season. Sailstar is using Laser BUGs and RS Zest in Stockholm. In Tenerife RS Neo, RS Zest for basic courses and for trainings Lasers and RS Aeros. Go have some fun in the winter!