I guess the start of dinghies started as soon as the first human bult a boat. I am quite sure that this human didn't place any keel (with weight) the first thing she did but just created a boat-alike thing, possibly a stem, burned some wood out and sat on it, finding out it was very rank, so connected two stems together with some branches. Then find out that it would be easier to go along the wind with something that could catch the wind and, suddenly we had the first sailing dinghy built ever. My guess is that would have happened something like 50 000 - 80 000 years ago.
Humans travelled between and to remote islands very early, the world was populated 30 000 years ago.
And as mentioned, they didn't sail with keelboats.
When I google I found the first mentioned one-design dinghy was "Water wag" built in 1887, a centreboard dinghy and the first race took place April 12, 1887. The first dinghy sailied in the Olympics was 1920 with the 12' and 18' feet dinghies, a single- and a doublehander. Some of our more traditional dingjies still looks similar to them, 100 years later.
Moth history
Moth is my old class I sailed for more than 16 years. It is a construction class with quite a history, worth mention. And I think it mirrors dinghy history very well, in fact not just dinghy sailing, sailing overall. Here is a shorter version than the version at the Moth sailing web page. In 1928 Len Morris in Australia bought a cat-rigged boat of 11 feet and 80 sq feet sail (approx 7.4 sqm) named Olive after his wife. It was very fast so soon he had built two more and they could start racing with three boats and they formed a sailing club. The class was set with parameters so it could be developed within these parameters.
Almost at the same time, in 1929, Captain Van Sant in Atlantic city, New Jersey USA, built a dinghy with similar specifications, but not knowing about the guys in Australia.In Atlantic city they formed National Moth Boat Association and three years later thanks to overseas interest they changed name to International Moth Class Association, IMCA, which still today is the class name and association for International Moth.
In 1933 the American "Rudder magazine" published an article about the US Moth scene which the Aistralians noted, saw the similarities and adopted the name of Moth to their class association, or the Victorian Moth Class Association.
Europe followed the US class rules and one design built in beginning of the 60´s became so popular so it became a one-design class and got the name Europe. This is the Europe dinghy that is so popular and was the women olympic class between 1992 and 2004.
The Moth class was still not 100% one and the same class, differencies between the Australian Moths and Europe/US Moths existed in rig, feet/meter differencies and a Swiss Moth came out with hiking wings. In 1971 IMCA could implement changes from the Australian Moths, with high aspect, loose footed and fully battened mainsail and the wings from Switzerland and the class Moth sign as its class symbol.
The Moth is a construction class, so from 1928 weighing 50 kg to todays foiling class with hull weight less than 10 kg, it is still the same class and in fact you can measure your Europe dinghy and sail in Moth regattas with it. Which actually was the case for many years during the 80's, I remember an old man, well, I thought then he was old, sailing his Europe dinghy at International regattas. He was always last but he did really always finish the races, perhaps one lap after the second last (out of 3-4 laps this time) (must have been a hell for the race organizers!) but because he finished in all races he was never last man on the overall scoreboard.
The International Moth has very few parameters, max length of 3355 mm, max beam of 2250 mm, max luff length 5185 mm, max mast length 6250 mm, sail area 8.25 sqm and the Moth cannot be a multihull, not a sailboard and the wings cannot be adjustable and no trapezes allowed.
Today the Moth leads the foiling wave that really smashes thru the sailing industry! 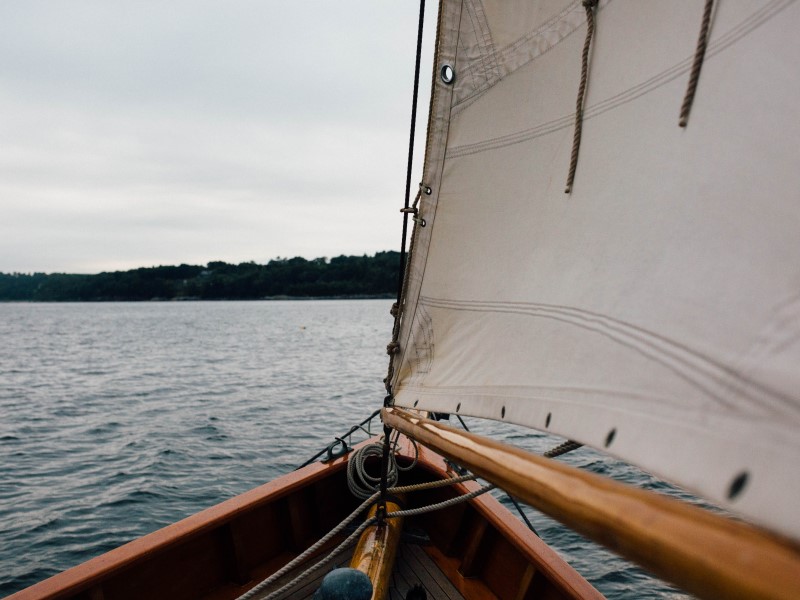 To start sailing a sailing dinghy is the best option for you that wants to be a good sailor. All, really all, good sailors have started with dinghy sailing and it is always possible to go up in size, but go down in size from keelboat is not just to do...
Read more about where to start sailing at Sailing schools in the menu to left.

What class should I start with?

Good question! How old are you? What other dinghies do you have around you where you sail? Do you want to sail singlehanded or doublehanded? Monohull (one hull) or multihull (two or three hulls, i.e. catamarans and trimarans)? What level of sailing are you aiming for? There are many types, as you see on this web page. The usual answer is to buy a dinghy that is common at the club you are sailing (if you are sailing at a club, that is.) But there are more answers to this question! If you have the possibility, try many different dinghies.

In general not. But you must be able to swim and also to be able to swim in the open ocean, with waves. And use life jacket/life west, preferably wet suit should be used even in relatively warm waters. And have respect for the wind and for the water. Make sure you tell someone that you are going out on the water and for how long. Best is to always have a friend or a coach in a boat but that isn't the case all the time. Check the weather forecast!

What is a dinghy and what is a keelboat?

The general explanation to that is that a dinghy has a centreboard, or a daggerboard. The board has no specific weight, no iron or lead in the centreboard. So itself doesn't give you any uprighting help. Actually the opposite. A keelboat has a keel that has a weight, usually the keel itself and/or a bulb connected to a keel made of steel or lead. That keepes the boat upright. But there are a lot of exceptions to this, some dinghies do have heavy centreboards, some keelboats has lifting keels.

Advertise here with your message to dinghy sailors! 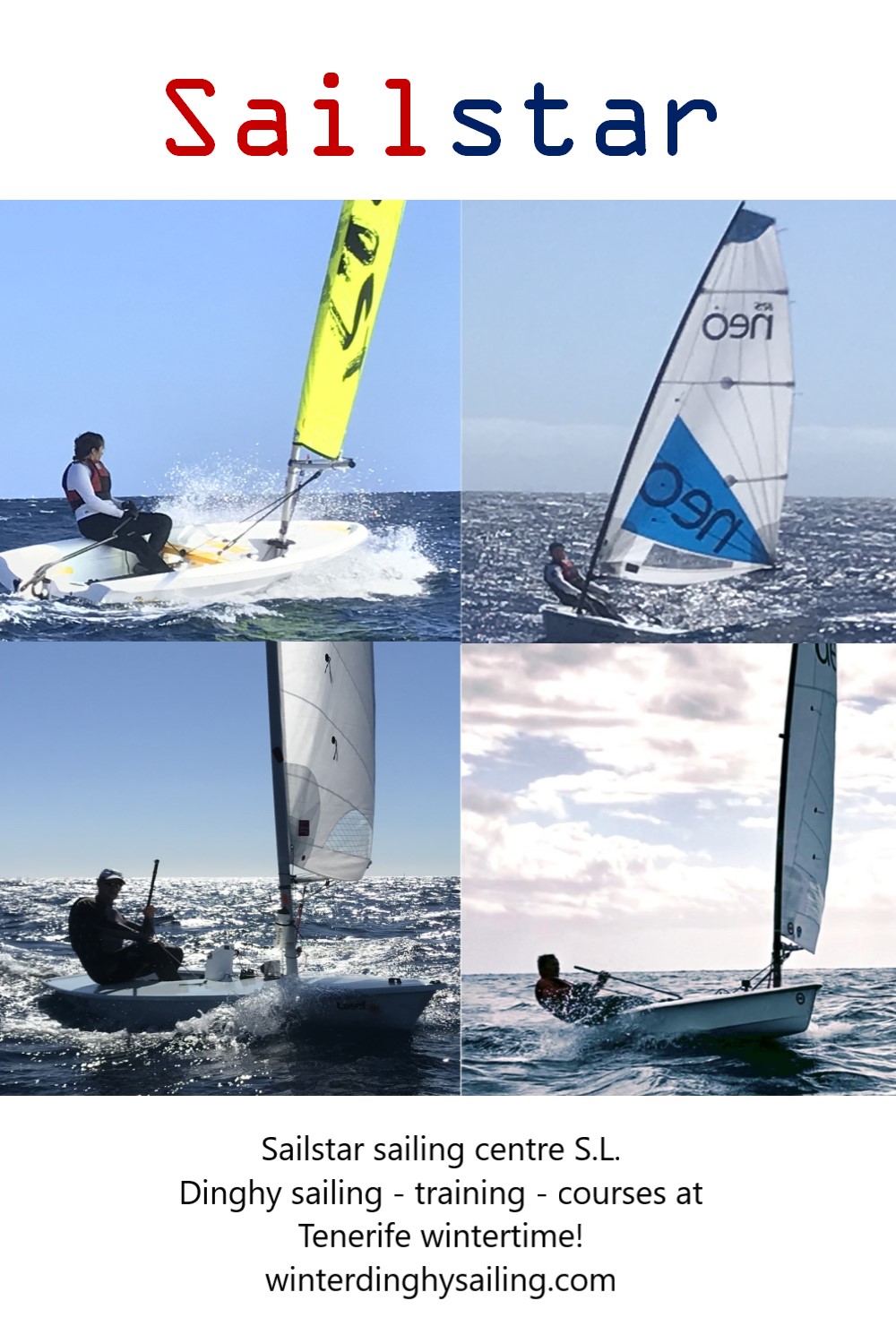 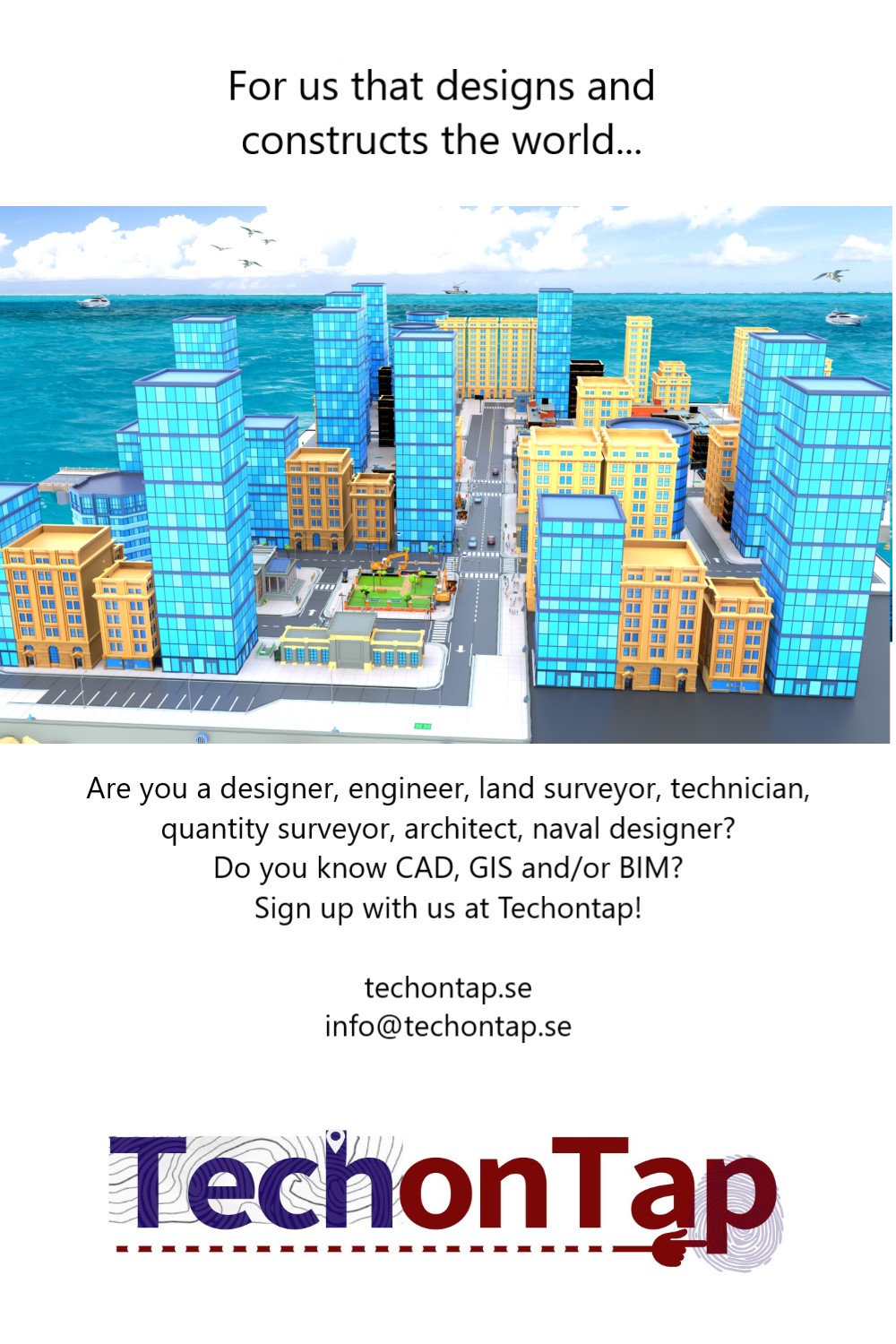